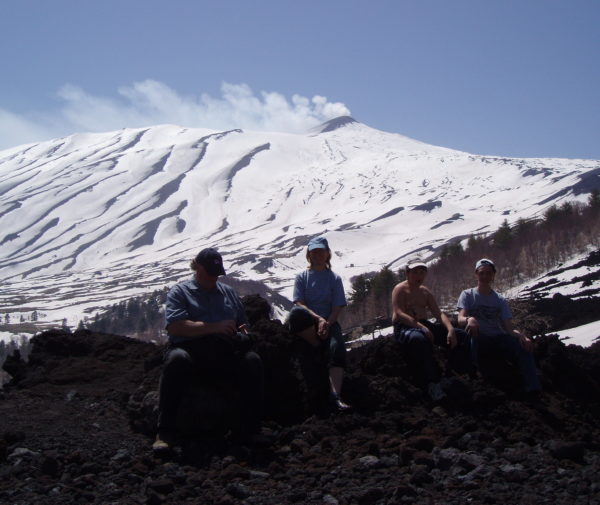 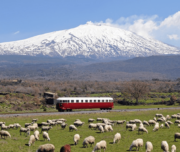 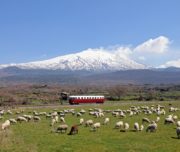 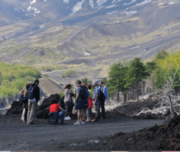 This excursion, quite steep on the volcanic sand, offers the possibility to trek from the final stop of the cable-car (funivia) dominating the landscape of the South and the East sides admiring while ascending a surreal lunar landscape, the Group of Central Craters, degassing activity almost constantly present, the caldera “Valle del Bove”, the lateral craters and the eruption 2001/2002. Duration of trekking 4 /5 hours.

If the climb is facilitated by the use of the cable-car, the descent back to the station is all by foot and this time along the border of the Valle del Bove, walking on the pioneer bushes to meet again beech and pine forest.

The program, according to the weather and the season can be affected by significant changes, taking place in the North rather than the side of Catania and, maybe, by the use of Bus 4×4 instead of the cable car; but the goal remains, however, the same: we want to take you as high as possible on the roof of the Mediterranean sea.